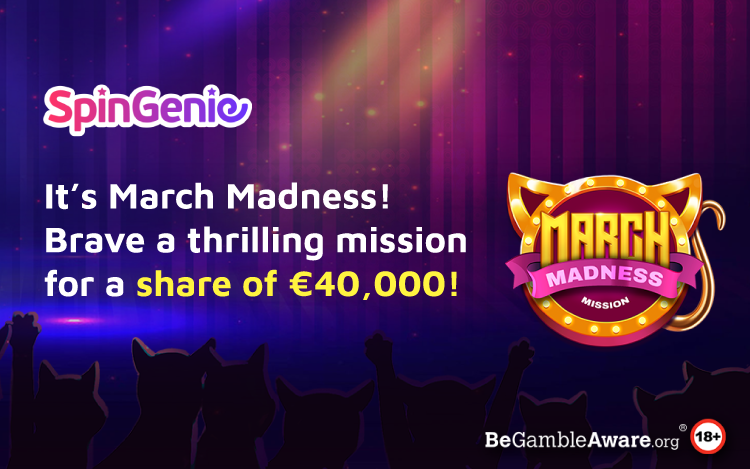 At SpinGenie, we've gone just a little mad because to Yggdrasil's fantastic March Madness promotion, where you can a share from a total prize pool of €80,000! This fantastic 10-day event, which kicks off on March 9th and runs for two wonderfully wacky stages, includes some of Yggdrasil's best ever games.

From the 9th to the 14th of March, you'll have the opportunity to compete for a prize pool of €40,000 in stage one. How do you become  eligible to win a cash prize? Simply play one or more of the approved games listed below within the timeframe:

Stage two  runs from March 15th to March 20th, and it operates exactly the same as the first stage. Simply play one or more of the following games for a chance to win a share of the €40,000 prize pool:

March Madness Missions run 09.03.22 – 14.03.22. The no. of spins made to complete missions determines leaderboard positions. Prize pool is set up in EUR and may be subject to currency conversion fluctuations.

Participate in Yggdrasil's March Madness campaign at SpinGenie to enter springtime on a fun note. Will you be able to walk away with a  share of the €80,000 prize pool? To find out, you'll have to play some of the amazing Yggdrasil games offer in this promotion here at SpinGenie.