Welcome back to Genie Picks where we take a close-up look at the most popular slot machines out there. King Kong Cash will be the subject of this slot review, so if you love fun jungle-themed slots or are a King Kong fan this slot may just be for you.

Let’s kick off our King Kong Cash online slot review with some general information. King Kong Cash is the creation of Blueprint gaming and has 5-reels and 20 pay lines. This slot boasts an amazing 9 separate bonus features and there’s a top prize on offer of 1000x your stake amount. Keep reading to find out more!

How To Play King Kong Cash 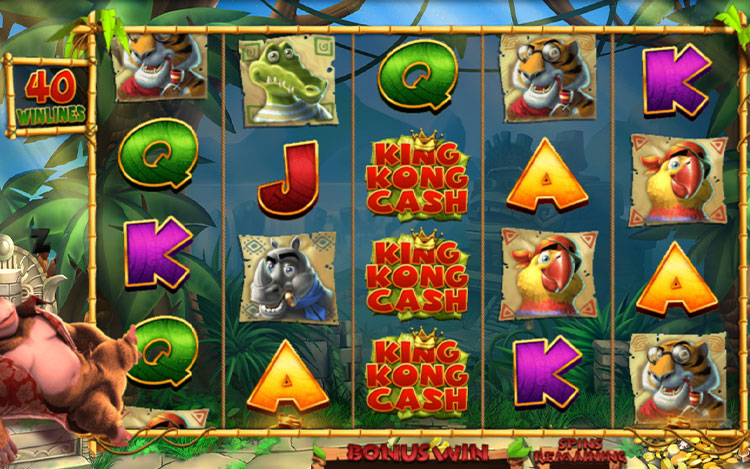 When you play the King Kong Cash slot you’ll find a 5x3 video slot format. To get started, follow these steps: 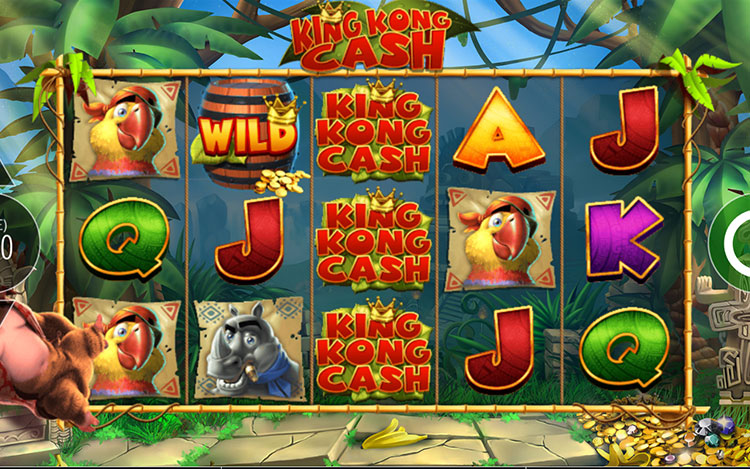 The first King Kong Cash slot bonus to be on the lookout for is the Sleeping Kong feature. When you load this slot you’ll find Kong sleeping beside the reels, but if he wakes up he could award you with one of four modifiers:

There are four different bonus rounds on offer in the King Kong Cash casino slot. All the bonus features are triggered by landing three or more scatter symbols within a single spin and in any reel position.

The Big Monkey Bonus is awarded by collecting golden monkeys during the bonus games. This feature gives players the chance to win up to 1,000x their stake.

The King Kong Cash mobile slot can be played directly from any browser meaning that all devices are compatible with this slot. Players can enjoy the King Kong Cash slot online on both Android and iOS devices.

If you like what we’ve said during this King Kong Cash slot machine review then head on over to SpinGenie to play this title right away. When you make your first deposit with us at SpinGenie you’ll receive 108 free spins, so jump into the fun! T&Cs apply.