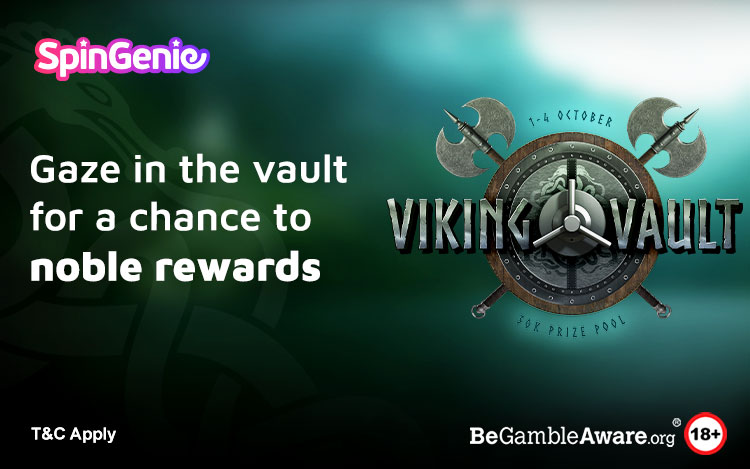 At SpinGenie we’ll be starting October with a Viking battle cry with the epic Yggdrasil Viking Vault Jackdrop promotion where a jaw-dropping prize pot of 30,000EUR can be won. You’ve got to be speeder than the trickster Loki to get in on this event though, as the vault will only open twice; once from the 1st-2nd of October, and once more from the 3rd-4th of October, with each vault having up to 15,000EUR up for grabs.

– VIKING VAULT JackDrops’ prizes have seed and ceiling values as pre below:

– Once won, the prize amount has to be credited by the operator to the players’ casino account as cash (no wagering requirements) within 72 hours.

Games inside the Viking Vault

As you may have guessed from the title of this promotion, the Yggdrasil Viking Vault promotion is all about the great Viking slots that Yggdrasil has created. Here’s a run down of the four eligible slots;

Join us this October for four days of fun with the Yggdrasil Viking Vault Jackdrop promotion here at SpinGenie. Make sure you have your account registered and your funds deposited before the 1st, because this promotion runs for a limited time only as you won’t want to miss out on what the vault has in store for you!